With Independence Day right around the corner, I decided to it was time to find a way to properly display our US flag in front of our home.  My plan was to hang a bracket on the trim of our house that our flag could slide snuggly into, dressing up the front porch while showing our pride for this great country of ours.  I knew there were certain rules about displaying the flag, but not knowing exactly what those rules were, I decided to do some research.  I certainly want to make sure I am giving Old Glory the respect she deserves. 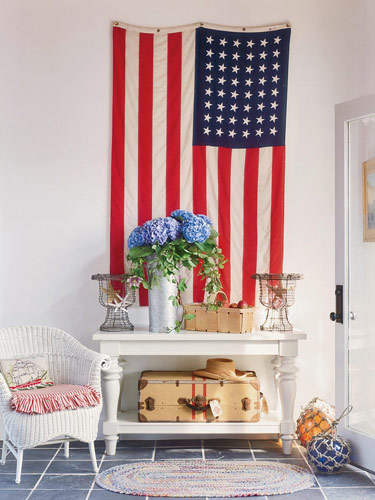 So this is what I found out in regards to displaying the US flag:

Standards for handling and displaying the US flag are set forth by Public Law 77-623, known as the Federal Flag Code, written into law by Congress in 1942. While the federal code does not impose penalties for improper handling or misuse of the flag, the individual states do have laws regarding this, and most of our fellow Americans expect the flag to be treated with respect.  The language of the federal code makes clear that the flag represents a living country and is itself considered a living thing.

The U.S. Code is strict about some aspects of handling the flag – sometimes unrealistic in our modern day culture – stating, for example, that the flag should not be “printed or otherwise impressed on paper napkins or boxes or anything that is designed for temporary use and discard.” Our society has interpreted some of the rules rather loosely because we Americans take great pride in displaying our national symbol. Regardless, some important rules decorating rules should be followed. 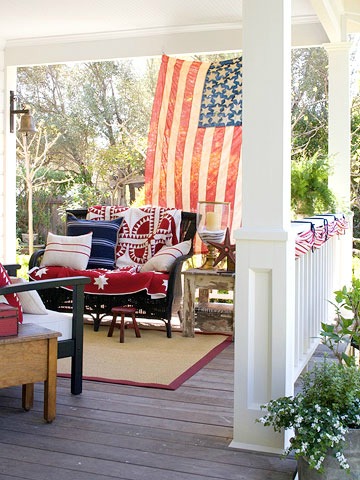 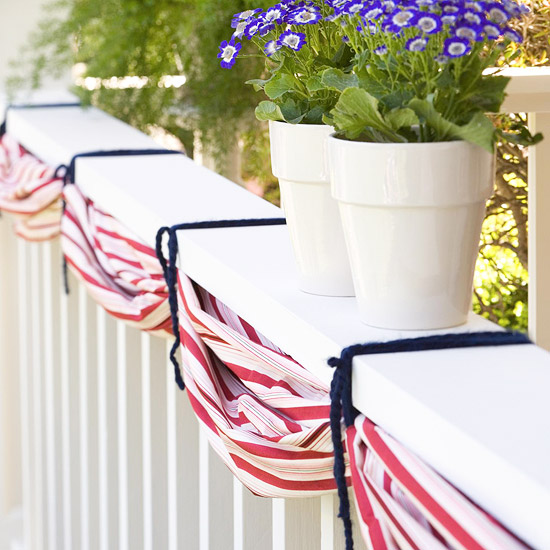 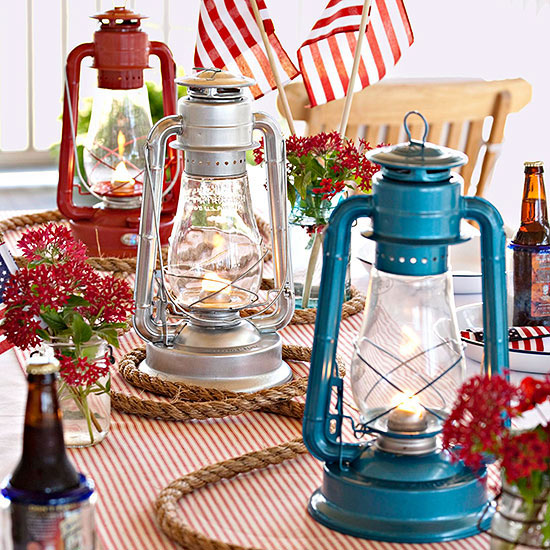 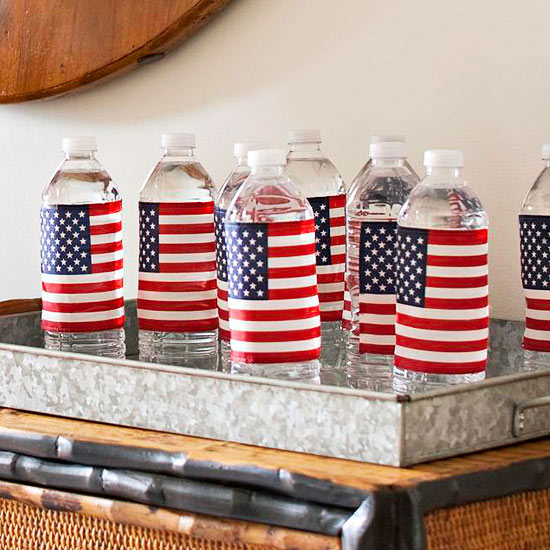 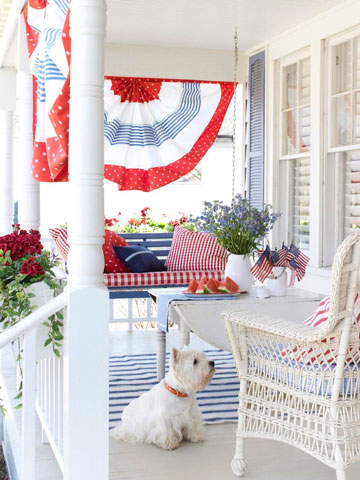 Whew, that’s a lot of rules and those are just the highlights!  You can find out more by clicking on this link.  I hope you found this information as helpful as I did.  And now you can show your pride and  let your flag fly in a way that will bring honor to Old Glory, and this great country of ours.

Have a happy and safe Independence Day!

* All photos courtesy of BH&G.

View all posts by: homeremediesrx
2 Responses to “How to Correctly Display the US Flag”